Now on my Hosting page, you learned why I use my Wealthy Affiliate for hosting

In the interests of Transparency, on this page, I shall be reviewing each of my previous hosts individually

The reason for doing this is because you might be experiencing some of the same frustrations I did, with each and as I did, you might be banging your head against a brick wall, thinking its you, when … its not!

I went with them, simply because when researching WordPress, they were the recommended provider of hosting and because as they advertise, they provide ‘affordable’ hosting at $2.95 per month

This sounds very appealing, but on creating an account with them, there is only one plan availabe. That is a yearly plan, payable up front

Below you will see a comparison chart

What dissapointed me most

With Bluehost, is that my hosted blog with them, ran into difficulties with them and on logging in one day, found nothing but a pile of code

Support were contacted and were less than helpful and would not help me to sort out my blog, which had disappeared

Bluehost, also do have an affiliate programme, but provide no support or training for it.

You can place an affiliate widget on your site, which shows a banner for them

The do offer, training videos, but these are no more than basic free videos, readily available on YouTube

They offer domain names, which is good as most hosts do which are slightly above the norm for pricing

However, once you have a domain and if you want to transfer the domain to another provider, then your task is nigh on difficult, if not impossible

This results in you losing the domain ,as they lock it and if it is tied to your hosting account, then any transfer away is impossible.

From Bluehost, I then went to

The reason I chose Pure Leverage, was because they ‘stated’ they had WordPress Training as well as all the tools every business owner needs

Pricing for Pure Leverage as you will see from the image is $24.97, which covers all the tools you need to market online, such as

However, $24.97 is the starting point because you are then encouraged to become a re~seller of this  package, for a further $19.97 per month

It doesn’t stop there, because the hosting package is seperate again, and they highly recommend you become a re~seller of their titanium package

In truth the training you get access to is, no more than basic videos available for free on YouTube.

As the Elite Coaching Package, this is another upsell, available at $75.00 per month or $900.oo per year

So, so far the grand total of investment, because you are investing in your self, works out to just under $200 per month

This by the way, does not include any ways to promote your business, except through facebook, which is fine if thats how you want to market and promote, or by buying a traffic package for $400 as a one off payment

Pure Leverage, also encourage you to promote their facebook fanpage system, which means that by liking commenting and sharing other Pure Leverage posts through your fanpage and accumulating 80 points in a week, you get a share of the companies leads acquired through its extensive and cstly ad campaigns

These leads are given out each Monday, which is great if you only want to promote through facebook

So as you can see by the comaprison chart below

You can see why I chose my current host

Finally, last but by no means least, I movcd from Pure Leverage to

Now the truth be told, I wasn’t with hostgator for very long, the comparison chart below tells its own story

I was disappointed from the outset with them and decided to cut my losses after a month.

That gives you an honest over view of all 3 hosts, since being with Wealthy Affiliate, I have been delighted and have no regrets. 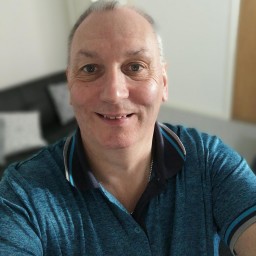